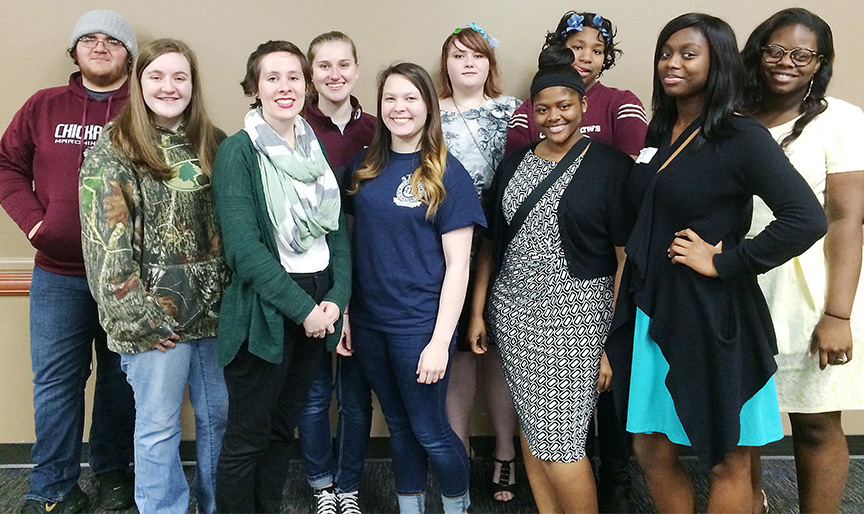 Twenty-two students from Blytheville High School competed at the Northeast Arkansas Regional Science Fair in Jonesboro on March 17. Of that number, 11 continued their quest at the Arkansas State Science Fair at the University of Central Arkansas on April 1, with junior Madison Groves receiving honorable mention in Behavioral and Social Sciences.

“The students completed their science fair projects throughout the year in class, and some students have been working on continuation projects for the last two to three years,” said Virginia Andrews, BHS chemistry instructor and coordinator of the BHS science fair. “Five seniors, three juniors and three freshmen won at the the regional fair.

"This year our students SWEPT the team category,” Andrews continued. “Of the four places for teams continuing on past the regional, BHS is sending three. The success of the students at this year's fair was unprecedented.”