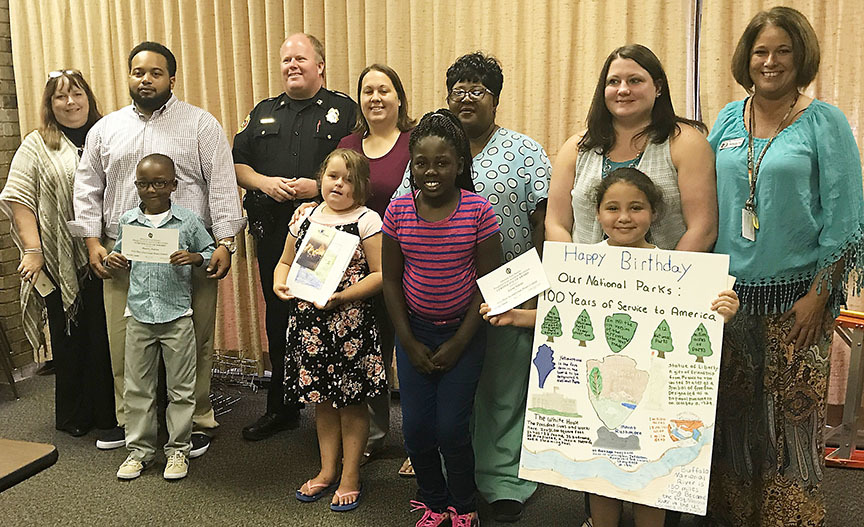 Blytheville School District students who on Sept. 19 were honored by members of the Charlevoix Chapter of the Daughters of the American Revolution for earning first place in the Junior American Citizens’ local and state competitions, along with their parents, include (from left) Maurice Watson and father Jerry Marshall, Addyson Ward and parents Jeremy and Heather Ward, Trynyty Brown and mother Rebecca Whaley, and Selena Salazar and mother Melissa Salazar. At the far left is Diane Hay, the district’s director of the Gifted and Talented Program.

Members of the Charlevoix Chapter of the Daughters of the American Revolution on Sept. 19 honored the students who participated in last year’s Junior American Citizens contest. The reception was in the Blytheville Public Library.

The Charlevoix Chapter members sponsor the JAC contest every year to promote good citizenship and appreciation of American heritage and history.  The JAC offers contests in art, creative expression and community service. The 2016-2017 contest theme was "Our National Parks: 100 Years of Service to America".