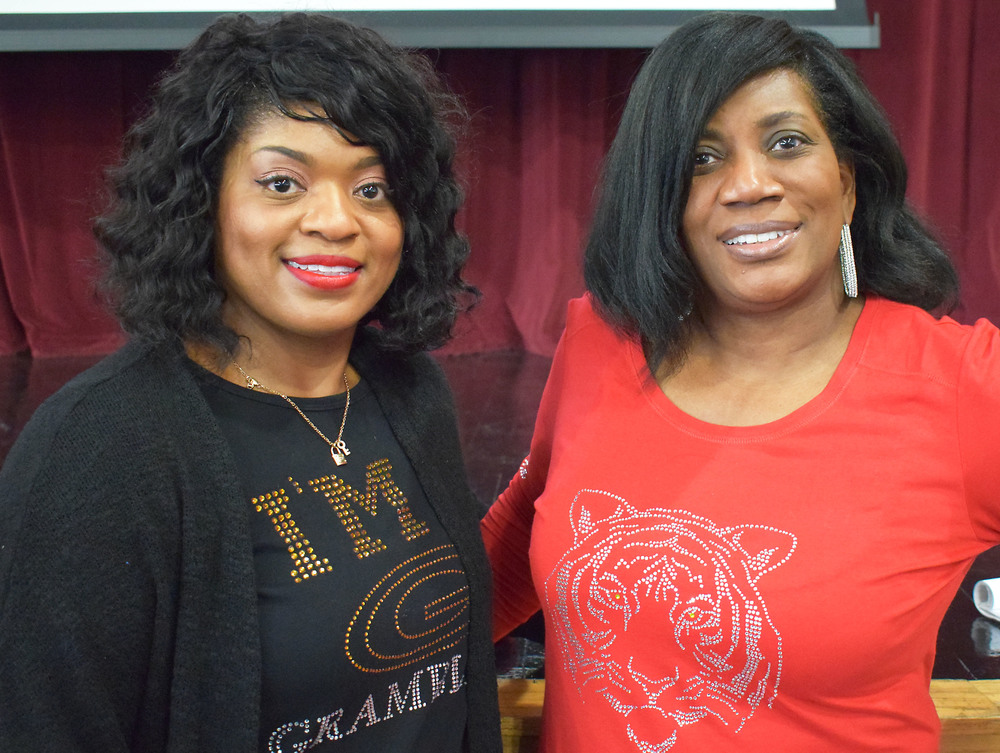 Stephanie Patton and Michelle Sims talked to students at Blytheville High School on Feb. 23 about what will be waiting for them when their high school days are over, and both agreed that for several of the students, furthering their academic careers at Grambling State University would allow them to have the freedom away from home and still keep that “family atmosphere”.

“Picking Grambling was the best choice I ever made,” stated Sims, who was also a cheerleader in college. “The reason for this is the family atmosphere; even though a person may be miles away from their home, it doesn’t take long for him or her to develop friendships and become almost like family to other people.”

Patton received her bachelor of science degree in marketing from Grambling in 1996 and her master’s degree in communications a year later. She has worked for the FedEx Corporation for 15 years, spending five years in government sales and the last 10 years as a sales specialist. She and her husband live in West Memphis.

Sims received her undergraduate degree in criminal justice and her master’s degree in social sciences. She was a state probation officer in Mississippi County, in Osceola, for three years and then became a federal probation officer, first in El Dorado and then in Memphis. Sims wound up in Jonesboro, and after 26 years retired in 2014. She and her family live in Blytheville.

Patton told the students that the student-teacher ratio at Grambling is 20-1, and that students have their choice of 48 degree programs offered by the university. She said that Grambling’s motto is “Everybody feels like somebody”.

“There’s no question that you will have a good time in college, but it is important that you must have balance in your life too,” Patton brought out.

Sims emphasized that at Grambling a student can get a great education and still learn about all other cultures that exist within the university. She also mentioned the No. 1-ranked Grambling State University Tiger Marching Band and the school’s nursing program, which she added is No. 1 in all of Louisiana. “And having had two daughters who were honor students at Blytheville, I can state unequivocally that Blytheville takes a back seat to nobody in terms of education,” she stated.

BHS students interested in attending Grambling may board a bus to the university on March 4, where Sims said all questions will be answered.

Patton concluded by telling students that when high school graduation is over and students toss their caps up at the end of the ceremony, their lives will truly begin. “Your parents got you this far, and you need to thank them for that,” she said. “But once you pick up your cap, it’s up to you to do the rest.”