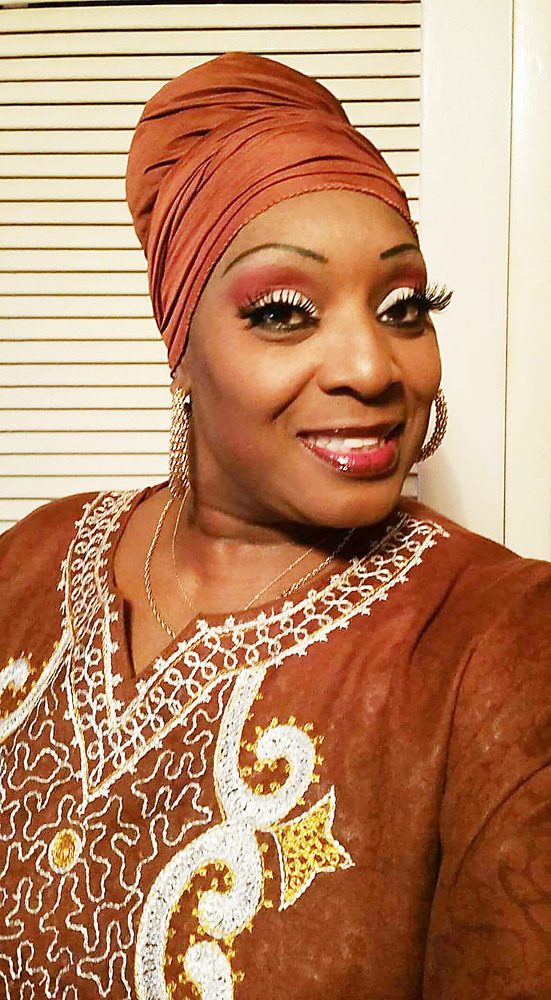 Lisa Guy uses her abilities as an artist to help promote Black History Month inside Blytheville High School because, as she says, that may be the only way some students receive that type of education. It is also a way for Guy to give back to the school district that has been so good to her.

Guy, a paraprofessional with BHS’ ALE Program, every year decorates the halls in her school with oversized portraits of famous African-American citizens that she has drawn, mostly of persons from the United States but also a few persons from other countries. The portraits are something Guy has loved since before she even started to school.

“I started drawing when I was about three years old,” recalled Guy. “I had a couple of sisters who were a little older, and I loved doing whatever they did. So when my sisters began drawing, I picked it up because I wanted to be just like them. Because we didn’t have the money for actual school supplies, I would use some of my mother’s makeup when I drew - which she was not happy about. I discovered that I was fascinated with people’s eyes, and that’s what I spent the most time on.”

When Guy became employed with the Blytheville School District, first at Fairview Intermediate School, she first opted each February to hang photos of famous African-Americans citizens out of magazines, but later decided against it because the photos received so little attention. It was when Guy began drawing colored portraits of those individuals and taping copies of pages of biographies next to the portraits did the students start to understand their meanings. “When I saw the looks on the students’ faces, that let me know they enjoyed what they saw and read,” she concluded.

Since Fairview closed after May 2005, Guy has worked at Blytheville Elementary School and now at ALE. And when Guy resurrects and even adds to her portraits every February, she does so out of a sense of gratitude. “I feel like I am ‘giving back’ to this school,” she said. “Perhaps some students may not get much Black History Month education at home, so if they can come to this school, examine these portraits and learn a little bit about them, that’s ‘thanks’ enough for me.”

African-American History is taught as a semester elective course at BHS, so any student who has space for an elective may take it. According to counselor Scottie Landess, the course is usually full of students.

As Guy got older, her thoughts were centered mainly around becoming a beautician, but rediscovered art through working with students. And she uses her art to relax in a spiritual way, often meditating and praying as she creates.

Not only is Guy educating others through her portraits, she has also cut out and pasted the photos and stories of dozens of local African-Americans, helping students to understand the roles that these individuals played in the history of her school, Blytheville and Mississippi County. She also dresses every day in February in some type of African garment, for instance donning an African Afghan and headwear for the interview.

Curriculum director Sally Cooke stated that having access to see the portraits and articles that Guy displays is another way to inform students of the success of others.

Guy meets plenty of students who have become interested in art and whose artworks are pretty impressive, and all she can do is encourage them. “I tell these students to continue doing what they do best,” she said. “Students can, and often do, discover talent through their art. That is what happened to me, and it can happen to anyone else.”